Durban Poison Strain. With a menacing name that hints at its powerful psychoactivity, Durban Poison is a pure South African sativa landrace. It is a bold and sticky variety that’s well adapted to a variety of growing conditions. Durban Poison boasts a THC content of between 15% and 25%.

Cannabis has been cultivated on the African continent since at least the 14th century; by the era of Dutch colonization, it had spread south and the Khoikhoi, San, and Bantu groups indigenous to South Africa had an established cultivation and cultural acceptance of the drug, which they called dagga.

In the late 1970s, American breeder Ed Rosenthal selectively bred several plants from a bag of South African seeds that he brought back to the U.S. Rosenthal then passed some prime specimens on to fellow breeder Mel Frank, who fine-tuned the genetics to optimize resin content and flowering time. Frank’s efforts resulted in “A” and “B” lines of the original seed stock; the B line was given to Amsterdam breeder Sam the Skunkman, who further reduced the strain’s flowering time.

Buds of Durban Poison are medium to large in size. Although they have a dense, compact structure typical of indica varieties, their long and tapered shape is more characteristic of sativas. The forest green leaves are offset by bright orange pistils, meant to catch pollen from male fertilizing plants. A coating of milky-white trichomes gives the cured flowers a light sheen and an incredibly sticky texture. Durban Poison has a classically dank smell punctuated by hints of sweet licorice. The flowers are pungent and skunky when broken open or burnt and give off a thick, lung-expanding smoke. The licorice aroma is evident on the exhale, along with the taste of sweet, almost cloying pine sap.

Durban Poison has a clear, focused high that hits users right away. The amplification of sights and sounds may be initially disorienting but in the right setting can slide into an active, buzzy head high. Almost entirely cerebral with no hints of debilitating heaviness or couchlock, this strain can be especially helpful for creative endeavors — it’s a great way to contemplate the nuances of an intense movie or a piece of music.

Be the first to review “Durban Poison” Cancel reply 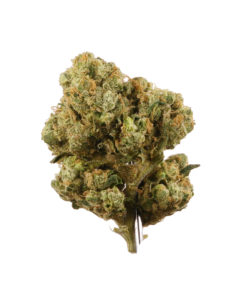 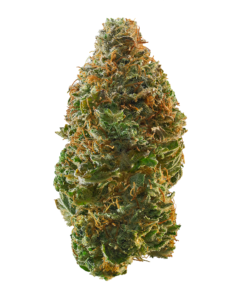 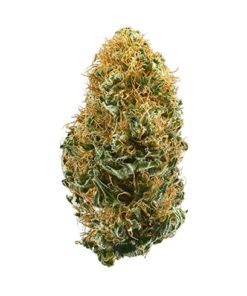 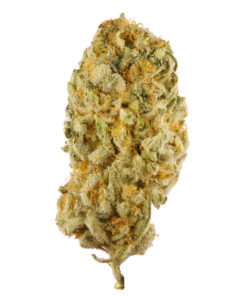